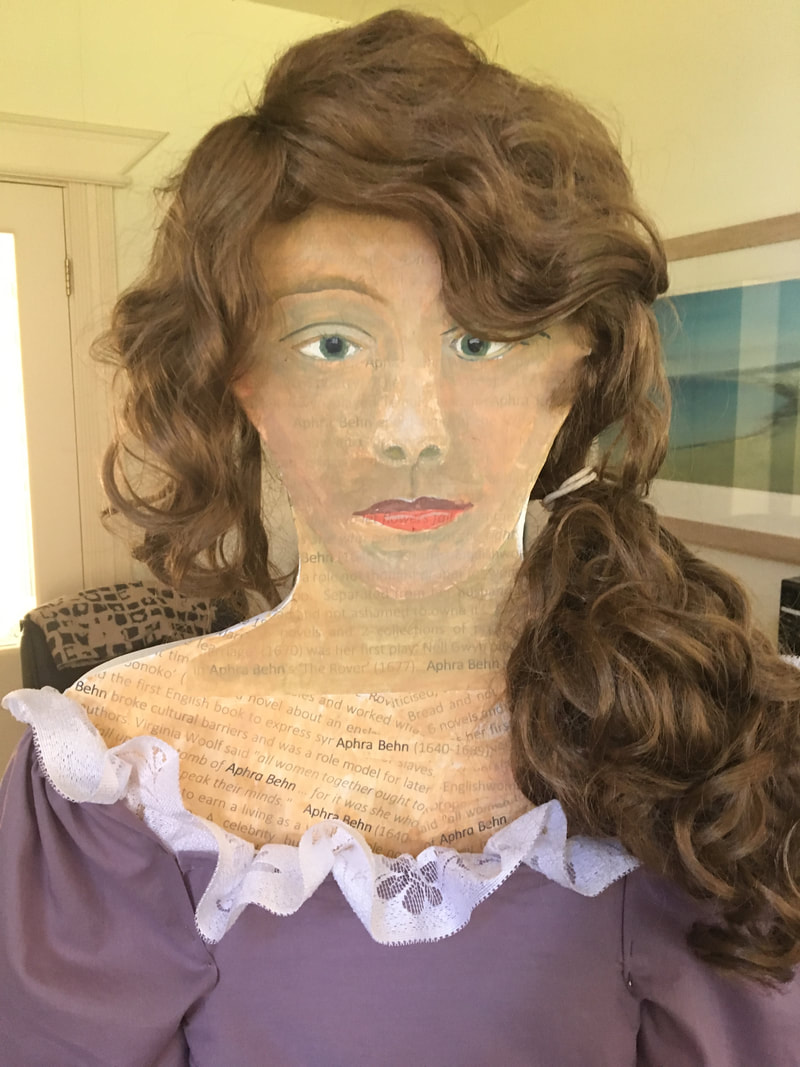 Charnwood Creatives are proud to be involved in a new exhibition organised and staged by The Hero Project, the Leicestershire-based community interest company responsible for the recent Geordie Heroes Exhibition in Newcastle City Centre and for Coalville’s ground-breaking Famous Fifty commemoration, which has toured many exhibition spaces around Leicestershire and beyond since it was created in November 2017.

For our Fantastic Female we decided to create a cut out of Aphra Behn, the first British woman known to have earned her living as a professional writer. Aphra lived in Restoration England, at a time when it wasn’t considered ‘seemly’ for educated women to earn an independent living or to publicly express their opinions through writing. Aphra did both, and in doing so became a role model for every female writer who was to follow her. 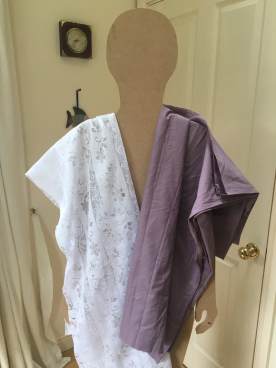 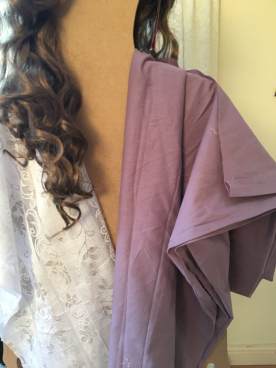 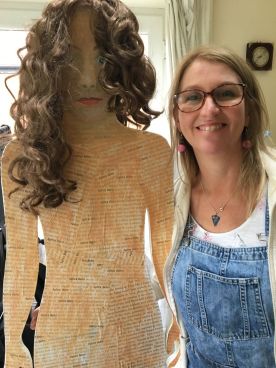 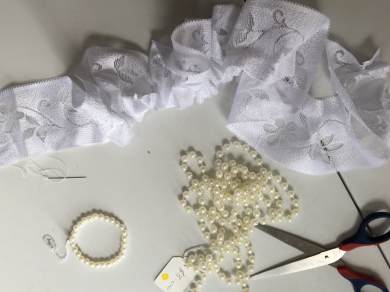 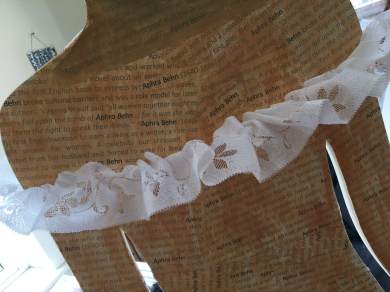 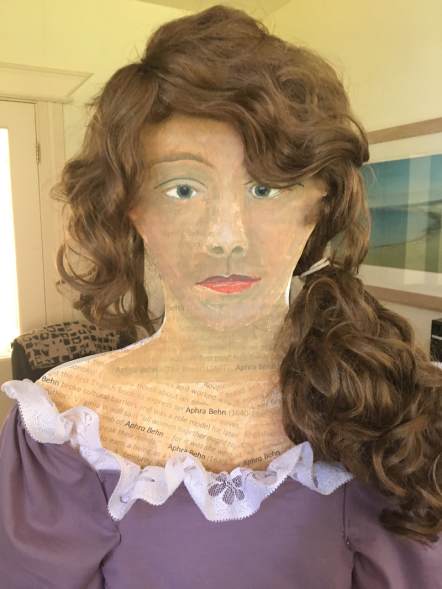 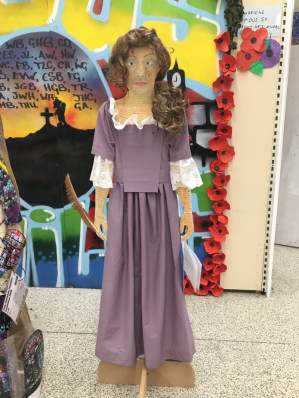 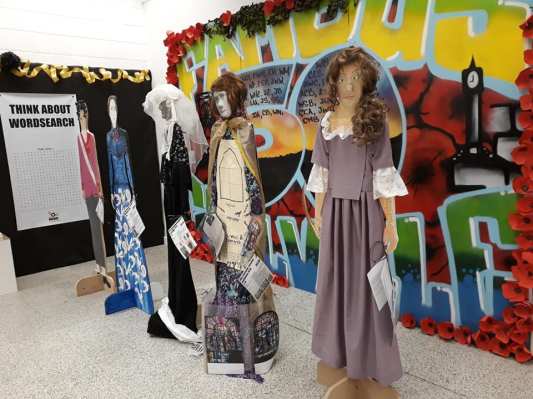 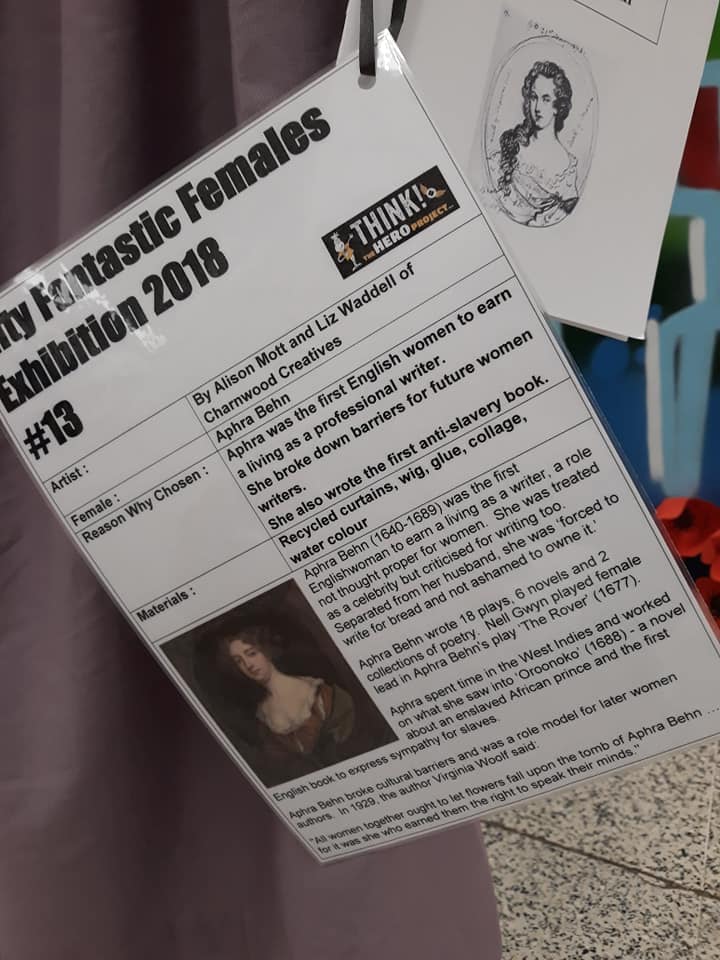 We had a lot of fun creating Aphra, using recycled materials, collage techniques, watercolour painting and a fancy-dress wig.  We quite miss her now she’s gone, but hope people enjoy learning about her when they meet her at the exhibition.

The Fifty Fantastic Females will be on display at the Co-operative Store in Bridge Road, Coalville until the end of December 2018.

You can watch a film about the Famous Fifty exhibition here and another about why it was decided to display them in the town’s Co-op here.